The banging on the door was the second indication of the morning that Jake Ellis’s life was about to collapse around him. He put the laptop down on the couch and walked quickly through to the cramped hallway of his third-floor apartment.

The banging continued, hurrying him along.

‘I’m coming,’ he yelled. He was wearing only jeans, so he grabbed yesterday’s T-shirt from the floor and pulled it on as the banging was joined by a voice. Urgent, panicking.

The words hit him like a physical blow. He unlocked the door and threw it open. If Jake had any lingering disbelief about what he was hearing, it would have been dispelled by the sight of her.

Molly was thirteen years old, tall for her age. Her face was flushed, her long red hair in disarray, some of it matted to the sweat on her forehead.

She was wearing black leggings and a gray long-sleeve T-shirt with an anime character printed on it. No coat, even though it was an unusually cool April in San Francisco. The T-shirt, along with her forearms, were covered in blood. A lot of blood.

He put his hands on Molly’s upper arms to steady her and guided her inside, closing the door.

He dismissed the idea as soon as the words left his mouth. He could see Molly was in shock, but not just that. She was scared. He thought back to what he had just read on the screen of his laptop and knew that it was no sick joke.

She shook her head. ‘I don’t know who it was. She was driving me to gymnastics club. We were parking and – and the window –’

‘Was she shot? Did somebody shoot her?’

As he talked, he was scanning Molly’s upper body and arms for a wound, but there didn’t seem to be one. None of the blood was her own.

‘Where is she?’ The urgency in his voice came out like a bark and she flinched back.

‘She – she . . .’ Molly was shaking, her pupils slightly dilated. Jake had dealt with dozens of people in shock during his career. Hundreds. Just like this, covered in blood, disoriented. Stunned that, out of nowhere, a previously benign world has decided to turn around and bite them. But this was different, because he was in shock too.

He put his hands on her shoulders, gently. The fabric of her shirt was damp from sweat. She must have been running for a while. He forced his voice into a semblance of calm professionalism.

She swallowed. Blinked a couple of times. Her nostrils flared as she calmed herself enough to get the words out.

Jake felt his stomach dip. He guided her over to the couch, having to gently push her down to get her to sit.

He knew there was no point pushing her for details. It had to be related to what he had read on the screen of his laptop a few moments before. And that meant maybe this was all his fault.

Jake ran back through to the bedroom. His phone was right where he had left it, on the nightstand.

But before he could touch it, he heard a sharp, keening tone and the screen lit up with a message.

It wasn’t a text or an email. Before he had a chance to read the words, he recognized the distinctive notification: the rectangle with the rounded edges, the exclamation point inside a triangle, like a road sign warning of unspecified but imminent danger.

The notification was an Amber alert.

Like everyone in the Bay Area and across the country, Jake had received more than a few of them in the last few years. He had even been involved in the process a couple of times in the course of his job. But this one was very different.

He scanned the message, part of him knowing what it would say before he had time to absorb the details.

The suspect was male, Caucasian, forty-one years of age. Considered armed and dangerous.

The suspect’s name was Jake Ellis. 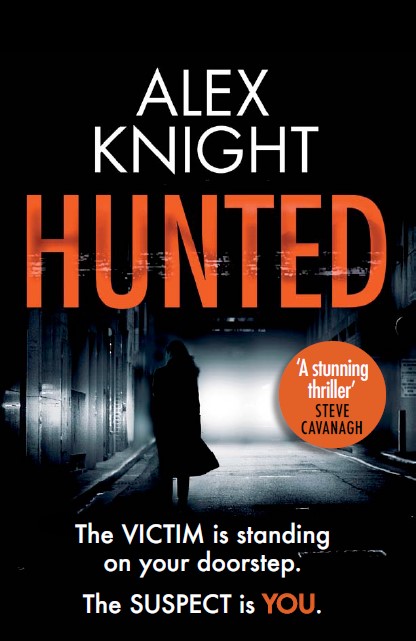